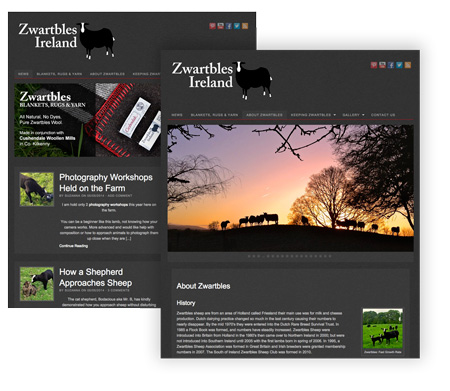 I’m very proud to be the shepherd of a flock of Zwartbles sheep.

Zwartbles sheep are from an area of Holland called Friesland their main use was for milk and cheese production. Dutch dairying practice changed so much in the last century causing their numbers to nearly disappear. By the mid 1970’s they were entered into the Dutch Rare Breed Survival Trust. In 1985 a Flock Book was formed, and numbers have steadily increased. Zwartbles Sheep were introduced into Britain from Holland in the 1980’s then came over to Northern Ireland in 2000; but were not introduced into Southern Ireland until 2005 with the first lambs born in spring of 2006. In 1995, a Zwartbles Sheep Association was formed in Great Britain and Irish breeders were granted membership numbers in 2007. The South of Ireland Zwartbles Sheep Club was formed in 2010.

For more information on Zwartbles sheep check out the Zwartbles Ireland website.